Supports companies in a fast changing world with strategy, mergers & acquisitions, and organisation & governance — since 2008

Clients include internationally oriented companies and organisations, start-ups and private equity — often with significant potential, unique patents or the capacity to grow fast

Extensive management, board and consultancy experience, multi-disciplinary, also in prior functions at among others McKinsey, Shell and KLM — including the merger with Air France

With an approach based on thorough analysis, quick understanding, focus on results, close cooperation with the client, focus on stakeholder value, and trust 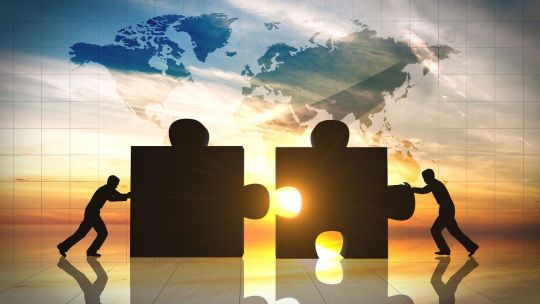 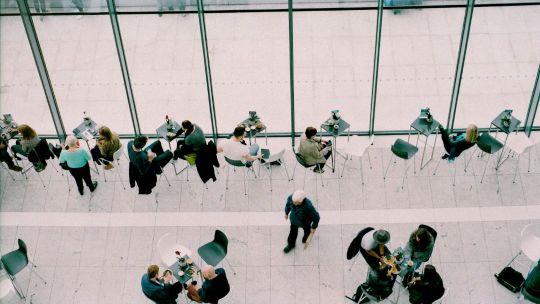 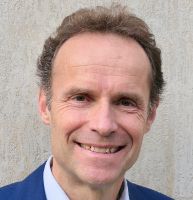 Dave del Canho has been Managing Partner at Del Canho & Engelfriet since 2008, where he supports clients in e.g., aerospace, transport, industry, fintech, and media. Prior to that he was SVP Corporate Strategy & Business Development at KLM from 1999-2007 and intensively involved in the merger with Air France. After completing his masters degree in business economics (with honors) at the Erasmus Universiteit Rotterdam and fulfilling his conscription in the Royal Dutch Navy, he held several financial and strategic management functions at Shell and McKinsey — in Europe and Asia. More recently, Dave held various supervisory positions, a.o. as chairman of the Supervisory Board of airlines Transavia and Martinair, at GVB (public transport Amsterdam), the OLVG hospital and the KLM pension funds. Currently he is Supervisory Board member of UMC Utrecht, Blue Sky Group and the Resistance Museum, chairman of the Board Stichting WKZ-fonds, and Board member of the Zadelhoff Foundation. 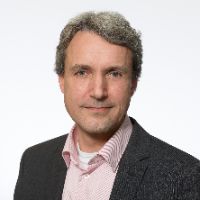 Joeri Engelfriet has been Managing Partner at Del Canho & Engelfriet since 2008, and primarily active in aerospace, transport, industry, health care, financial services, and non-profit. Prior to that he was Director Strategy and M&A at KLM Royal Dutch Airlines from 2002-2008 and together with Dave intensively involved in the merger with Air France. Before 2002 he worked at McKinsey & Company as consultant. Before McKinsey Joeri worked as assistant professor at the Free University of Amsterdam. He holds a Ph.D. in Artificial Intelligence and masters degrees (with honors) in computer science and mathematics. His research resulted in over 25 scientific publications. Joeri was member of the Advisory Board of Infomedics Zorg B.V. and non-executive board member of the CDC Group. He is currently Supervisory Board member at HappyNurse Thuiszorg and chairman of the Supervisory Board of a foundation for primary education. 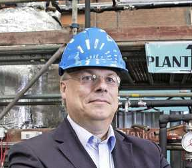 "Del Canho & Engelfriet has perfectly supported us in this crucial process, both in the strategy phase, the negotiation of the transaction, and contracting of the strategic partner. With an enormous drive 'to get things done', a structured approach, focus on the big picture ànd the details, and very good interaction with the Management Team and the Shareholders of Ioniqa."

In 2022 we supported Ioniqa on a partnership and €30 mln investment to enable them to upscale their process for chemical recycling of PET plastics and to commercialize it worldwide. Click the picture for the press release.

NEDAERO-Patria: a wonderful example of cooperation in the European aerospace and defense industry! We supported NEDAERO throughout the process. Click the picture for the press release.

In 2020 we supported Hyperion Technologies in joining the AAC Clyde Space Group. Stronger together in New Space! Click the image for the press release

Without trust one is lost

In 2019 we supported CEO Harm van Engelen with the sale of his company KVE Composites to French aerospace company Daher. Read about it here (in Dutch) 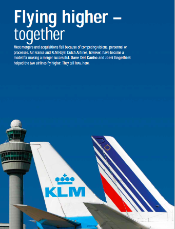 Five success factors for mergers and acquisitions, based on our experience with Air France – KLM. Spring 2008 edition of the Business Strategy Review (London Business School)

In M&A projects we support our clients during the strategic assessment, the negotiations and transaction process, as well as in the implementation. Here you will find the key steps per phase 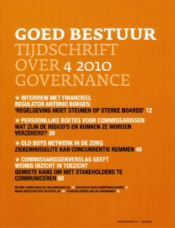 Mergers and acquisitions in the Rhineland model

We argue that stakeholder interests should explicitly be taken into account in all phases of M&A processes. December 2010 edition of the Dutch magazine "Goed Bestuur" (good governance)

To create sustainable value for all stakeholders, we suggest five categories of measures that companies should structurally investigate

A structured approach to strategy development starts with an assessment of the current situation and ambition and target setting. Based on that, strategic priorities can be developed and the implementation can be prepared 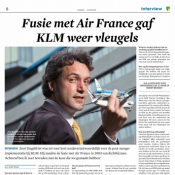 Merger with Air France gave KLM back its wings

Interview with Joeri Engelfriet in an internal ABN Amro bank publication, on the merger of KLM with Air France. In Dutch